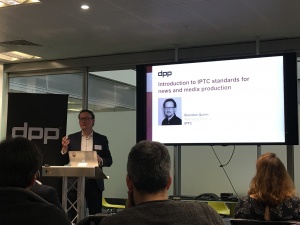 We were proud to be involved at last week’s Metadata Exchange for News interoperability demo organised by DPP (formerly known as the Digital Production Partnership).

The DPP team looked around for existing standards on which to base their work, and when they found IPTC’s NewsML-G2, they realised that it exactly matched their requirements. NewsML-G2’s generic PlanningItem and NewsItem structure meant that it could easily be used to manage news production workflows with no customisation required.

We were treated to a demo of a full news production workflow in the DPP’s offices at ITV in London on February 6th. 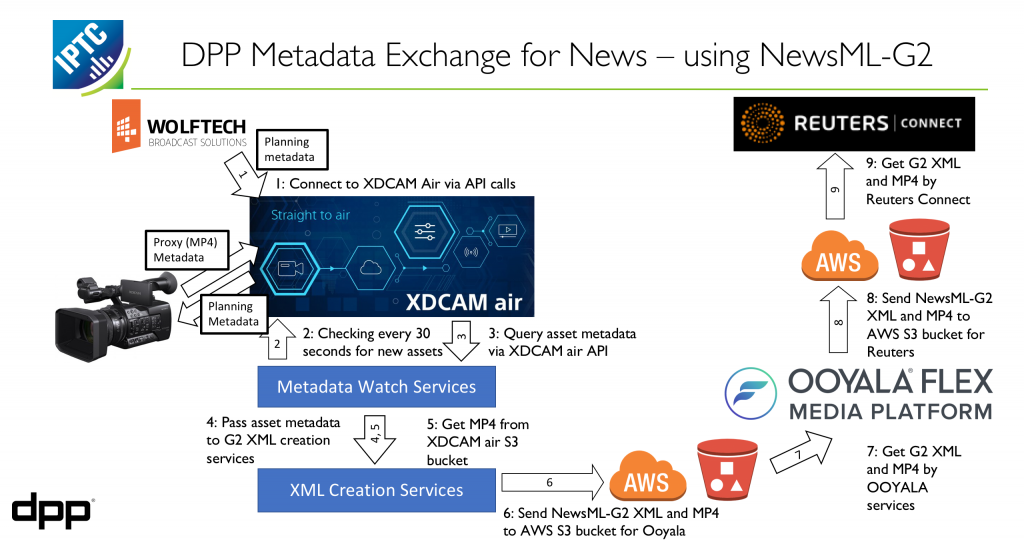 As you can see from the diagram, the workflow involves these steps:

The NewsML-G2 integrations were built for the demo but the idea is that they will soon become standard features of the products involved. All parties reported that implementing NewsML-G2 was fast and fairly painless!

Thanks to all involved and special thanks to Abdul Hakim of DPP for leading the project and organising the demo day.

Look out for an IPTC Webinar on this topic soon!